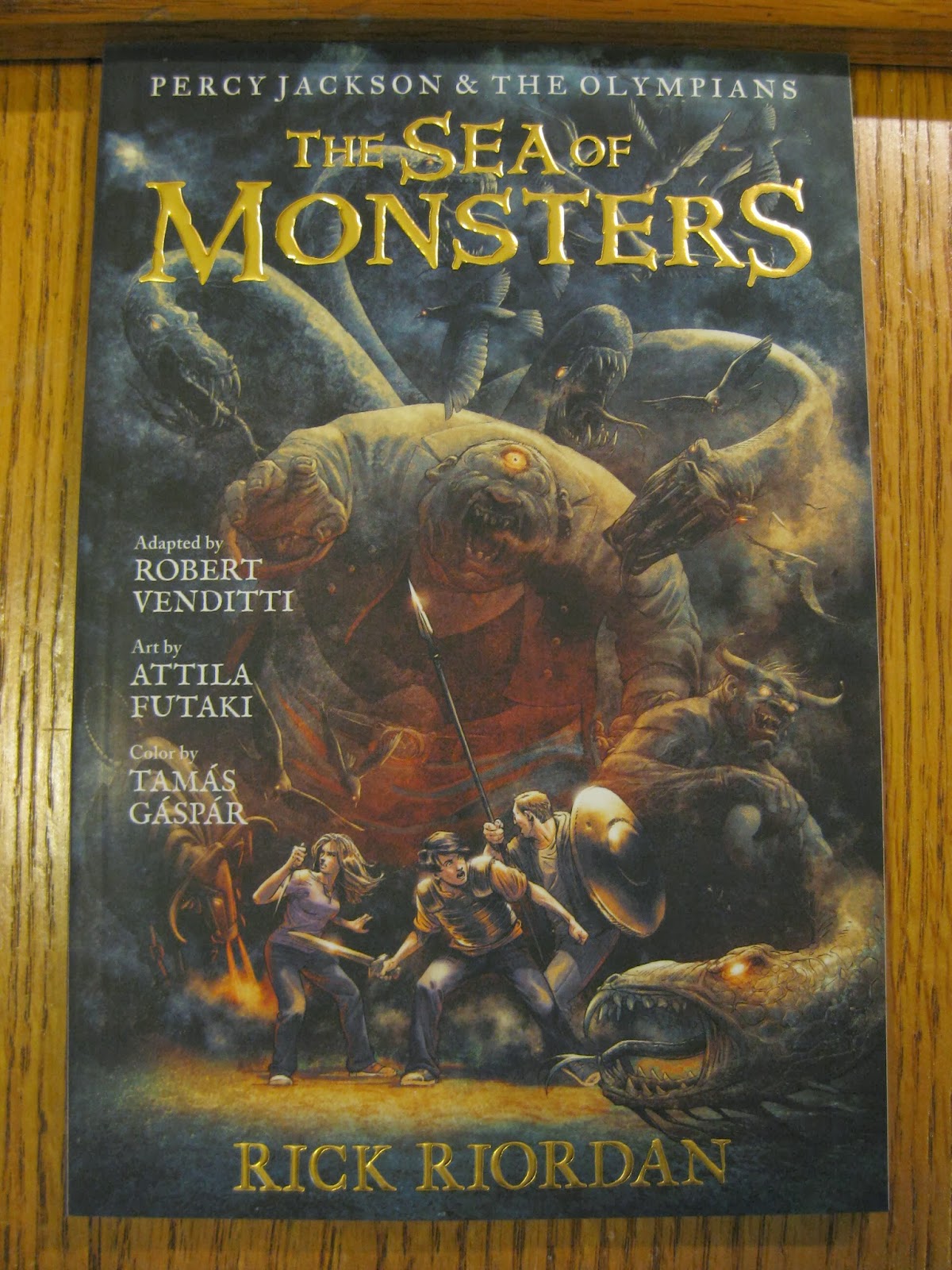 About the book:
Seventh grade has been surprisingly quiet for Percy Jackson. Not a single monster has set foot on his New York prep-school campus. But when an innocent game of dodgeball among Percy and his classmates turns into a death match against an ugly gang of cannibal giants, things get...well, ugly. And the unexpected arrival of his friend Annabeth brings more bad news: the magical borders that protect Camp Half-Blood have been poisoned by a mysterious enemy, and unless a cure is found, the only safe haven for demigods will be destroyed.
In the follow-up to the wildly popular The Lightning Thief, The Graphic Novel, Percy and his friends must journey into the Sea of Monsters to save their camp. But first, Percy will discover a stunning new secret about his family--one that makes him question whether being claimed as Poseidon's son is an honor or simply a cruel joke.
Featuring a faithful adaptation by Robert Venditti, stunning artwork by Attila Futaki, and sumptuous colors by newcomer Tamas Gaspar, Rick Riordan's blockbuster book comes to life in The Sea of Monsters, The Graphic Novel.

My Review:
Cover: I really enjoyed this cover with all of the monsters that made an appearance in the novel.

Things that I liked: Now I have to first and foremost mention that I have not read the second book in the series, so I'm jumping the gun a little bit in reading the graphic novel, but I found this an interesting insight as to what the novel is about. Even though this is literally more pictures than words, I look forward to reading the actual book and finding out all of the details of this story. I enjoyed seeing a visual to the obstacles and quests that Percy, Annabeth, Grover and even Clarisse went through in order to get to what they were going after in this book.

Things that I didn't liked: This isn't a big thing and it falls more on my part of not reading the books first, but I felt like there were details missing, but I know that once I read the book then I will be fine. So nothing really else to mention here.

Overall: I would rate this book a 4 out of 5 stars. I really enjoyed having a visual and a glimpse as to what the book is about. I would recommend these graphic novels to anyone that is reading or has read the Percy Jackson and the Olympians series.