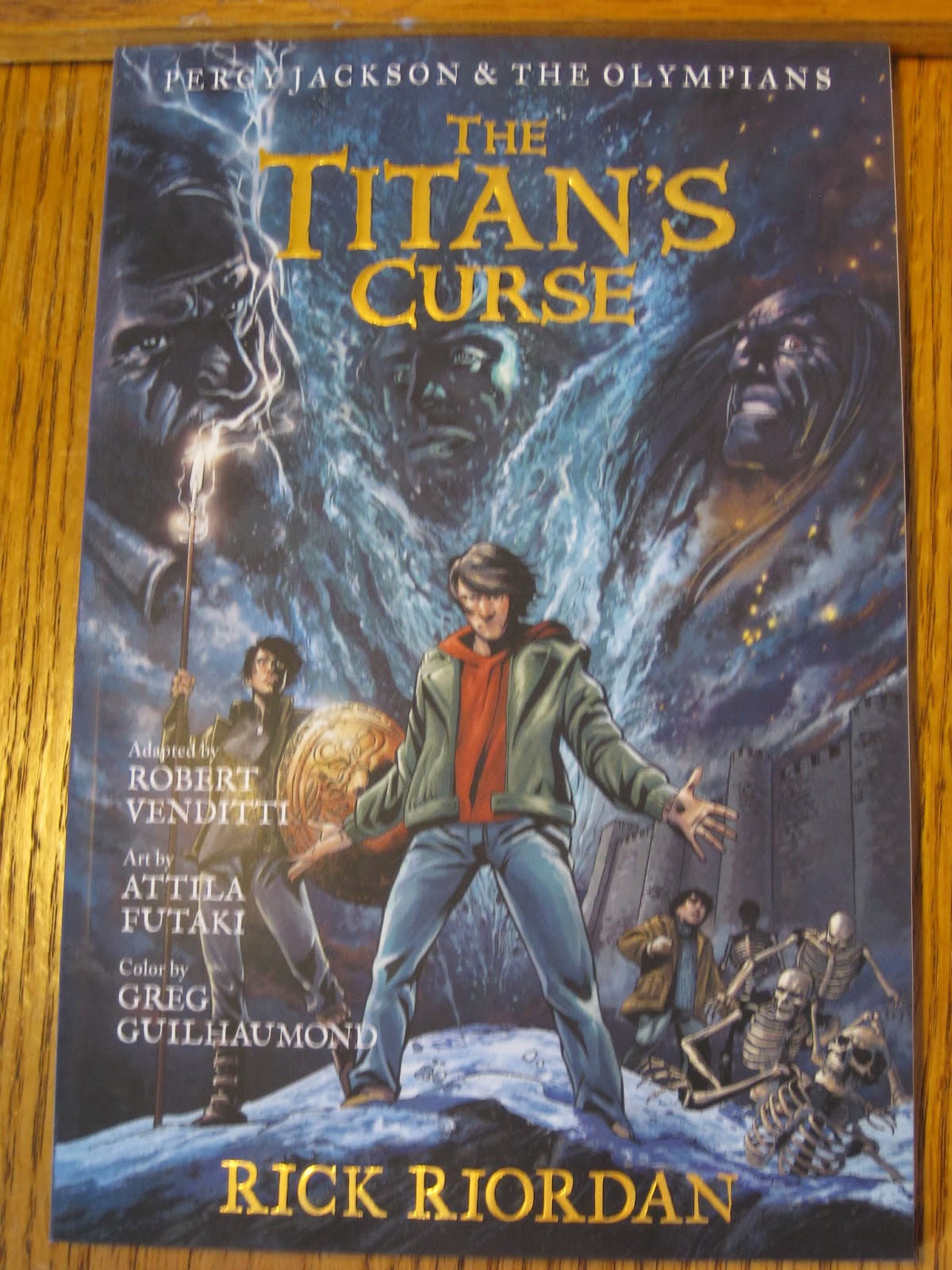 About the Book
A new prophecy leads to a dangerous quest.

When Percy receives an urgent distress call from Grover, he immediately prepares for battle. He knows he'll need his powerful demigod allies, Annabeth and Thalia, at his side; his trusty bronze sword, Riptide; and a ride from his mom.

The demigods race to the rescue, only to find that Grover has made an important discovery: two new powerful half-bloods, whose parentage is unknown. But that's not all that awaits them. The Titan lord, Kronos, has set up his most devious trap yet, and the young heroes have just fallen prey.

Now, Percy and his friends are faced with their most dangerous challenge-the chilling prophecy of the Titan's Curse. They must rescue the goddess Artemis by the Winter Solstice, or all will be lost including Annabeth.

My Review
The Cover: I really enjoyed the cover of this graphic novel.

Things that I liked: I enjoyed reading this as it picked up where the last one left off. I like that with a new book there is a new quest for the demi-gods (half-bloods). I found it interesting that for this graphic novel (and I don't know if this happens in the book or not) but Apollo's oracle of Delphi comes out of the attic space at camp half-blood. I just though it was interesting that she gave her prophecy but they weren't in the attic to do it. The obstacles that Percy and the others had to face throughout the graphic novel. I loved the vibrant colors throughout the piece.

Things I didn't like: I don't have any complaints on this one.

Overall: I would recommend this to anyone who is reading the Percy Jackson and the Olympians series. I rated this a 4 out of 5 stars.

Posted by TheAMWriter at 1:19 PM